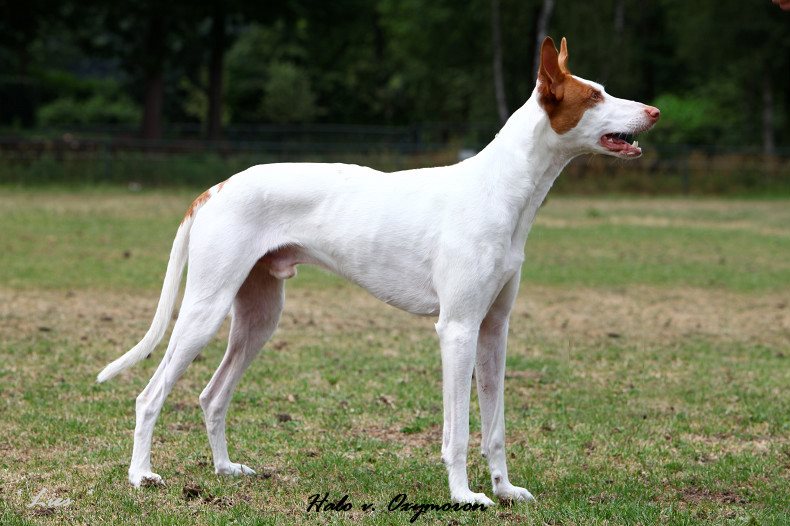 Cy is a proven sire and available as stud for approved females.

scroll down for more information + pictures of Cy

Cyclonus, we call him actually Cy. is our boy keeper from our first podenco litter, he is a great dog, very sweet natured and allways ready to go, but can be also very lazy. He likes to trade his toy for our food and is very succesfull in it, just a smart way of begging haha! He is the leader of our pack of dogs and takes his job very serious, as well as his "job"as a guard dog, when he is around we feel very safe wherever we are ;-)

He made a very nice start with his show career winning baby BIS at a big international show in NL. We show him now and then through europe and in a short time he conquered the ring and won severall youth-titles and is now well on his way to earn some adult champion titles,  together with his sister Smitthy they do very well in braceclass as well, they really enjoy it.

He also made his debut on the racing track and coursing track , and he LOVES it!! we will try to get his racinglicence as well so he can compete in racing and ofcourse some coursing.

Cy's pedigree name is after the Cure song "Halo" and ofcourse because he is our little "angel";-)

Read the lyrics and I guess you know why we have chosen this to be his pedigree name.